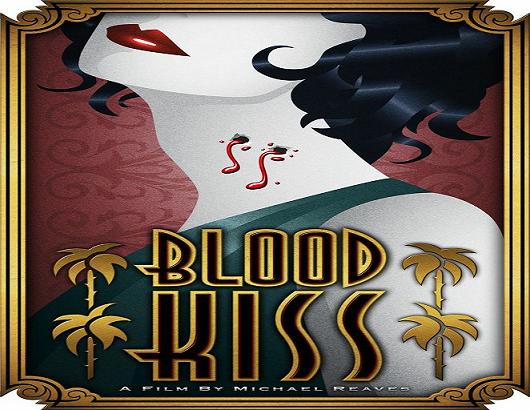 “Risk is a pain in the neck, it’s the price you pay for immortality.”

There is no doubt there has been an influx of “the vampire” into popular culture over the last few years. Sadly most has been sub par, and that’s being generous. However there has been some truly great stuff and I think Michael Reaves new movie Blood Kiss may fall in the latter category. On June 14th he funded said movie via Kickstarter at a total of just over $88,000 which he introduced in the video below:

So got your interest? How about a few more details. Blood Kiss is the story of Joe Belicek, a former LA homicide detective turned private investigator. One day a famous torch singer named Ruby Day (Amber Benson) Shows up in his office and wants to hire him and his associates as bodyguards. Belicek tells them their investigators not bodyguards. However she insists, invoking the name of one of his other clients, and Intrigued he accepts. By the time he learns she’s a vampire being stalked by a deranged vampire killer, it’s too late… 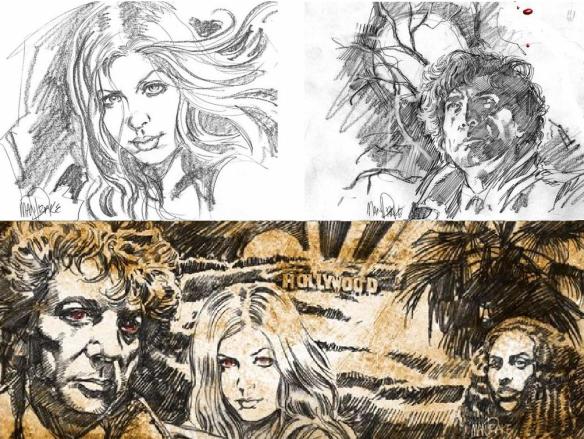 So that’s the basic plot, what about other things you need to know? Well in blood kiss the vampires are not fantastical monsters they have a symbiotic micro-organism inside them that alters mitochondrial DNA. This makes them allergic to sunlight and silver and it makes them Stronger and faster and near immortal to boot. But they still have reflections and have no aversions to crosses. Neil Gaiman will play Julian an eccentric English Hollywood movie director that films only at night and it has also been confirmed that it will star Christina Moses, but not in a huge part.

Famous haunts like the brown derby will make appearances, Amber Benson may or may not be a villainess femme fatale but will definitely sing and in a move from Buffy to blood kiss she furthers the war against sparkles. Tom Mandrake is also designing a graphic novel of the film to be made side by side, some of the early artwork for which can be seen below. Neil Gaiman breaks his acting rule of exclusively playing himself, as he did in the guild web series, animated TV show Arthur and the Simpsons to take on this new role. 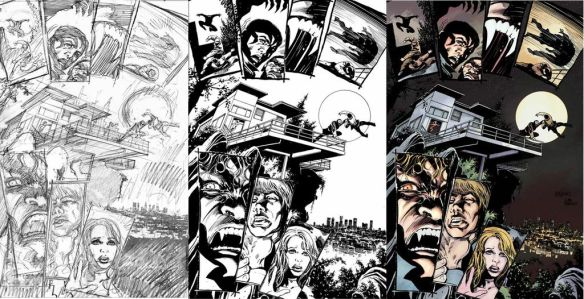 The money raised in the Kickstarter campaign is a wonderful start but if Michael Reaves vision is to be created more always helps. With sets, digital sets, costumes, cameras and little things like feeding the crew on 16 hour days. Some extra funding can be sought now they can show that the fans want to see this, but if you can afford it donations are accepted at the movie home page (http://bloodkissmovie.com/). If you live across the pond in the United States you have an opportunity to help and meet the Blood Kiss crew at San Diego Comic Con next weekend. Blood Kiss will be there at SDCC on Friday July 19th for an Blood Kiss Autograph Signing, from 4:00M-5:00PM at Booth 3919 Geekscape. Where you can meet elements of the production team that is made up of Producer Daniela Di Mase, Producer David Raiklen, Co-Producer Leah Cevoli, Editor Dave Edison,  Associate Producer Dan McKeon and Emmy award winning writer Michael Reaves.

So that’s Blood Kiss a new interesting take on the vampire mythology against the backdrop of 1940’s Hollywood Noire. I don’t know about you but we are genuinely looking forward to it. And if the concept art is anything to go by this could be very very fun. 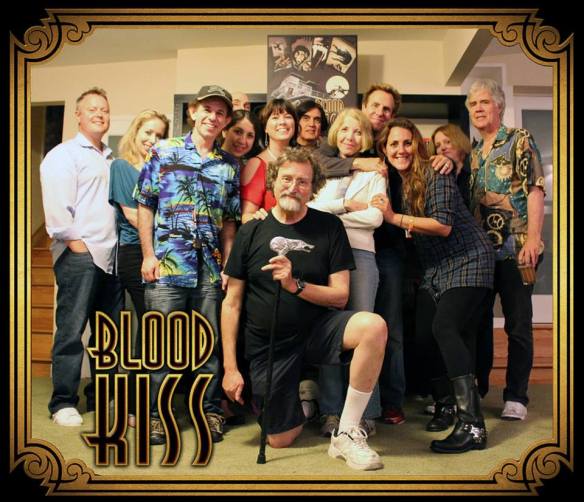